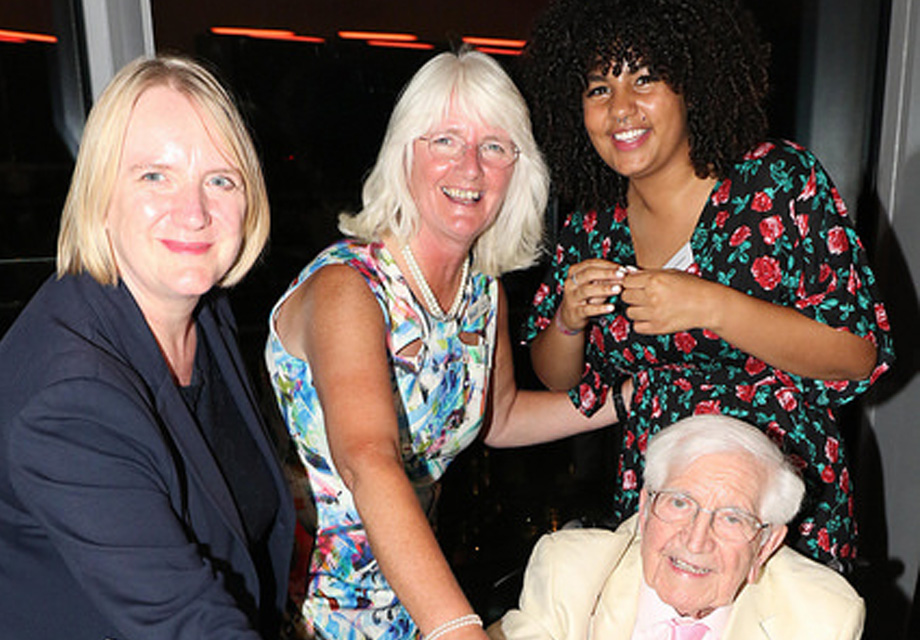 In an innovative move a panel of young people themselves interviewed all the charities which applied for the open grants. They asked them probing questions and then chose who the grants should be awarded to. The issues the projects had to address followed a survey of 18-25 year olds asking what obstacles they faced in the transition to adulthood.

The grants went to:

The Jack Petchey Foundation is not only a grant funder. It also supports a wide range of youth programmes from vlogging to volunteering, sports to science, art to internships. This allows young people to find their unique talent and make a positive contribution to society. It includes the world’s largest public speaking competition for young people, Jack Petchey’s “Speak Out” Challenge! and the UK’s biggest dance programme for schools, Step into Dance.

At a time when many youth services are being cut the Foundation provides over 1,600 organisations with the means to recognise young people’s accomplishments through membership of its Achievement Awards Scheme. This invests almost £3.5m per year in grass roots youth work.

In total the Jack Petchey Foundation has invested over £118m in projects supporting young people in London and Essex over the last 18 years.

Several winners of the Jack Petchey Achievement Award joined in the 18th birthday celebrations speaking at the event including Ruti, winner of the Voice UK 2018.

The founder, Sir Jack Petchey CBE left school aged 13 with no qualifications yet went on to build a multi-million pound business empire. His driving ambition has been to inspire and motivate young people and give them positive encouragement.

Sir Jack Petchey CBE said “I am proud of all the programmes we’ve been involved in and every single young person who has participated. We want young people to believe in themselves, so that whatever their background, they will achieve and give back to society. I am so committed to this that aged 93 I still come to the office every day. I believe `If you think you can, you can!’”

Joanne McCartney, Deputy Mayor for Education, said: “I am delighted to welcome the Jack Petchey Foundation to City Hall to celebrate 18 years of helping young people across the capital. We want every Londoner, regardless of their background, to make the most of the opportunities available in our city, and the foundation has done an amazing job in supporting grass roots clubs and schools to inspire young people. I’m sure the new grants awarded today will help secure a bright future for even more young Londoners.”

For over 18 years the Foundation has worked to ensure young people believe in themselves.  Their Achievement Awards give a real boost to the young people and I know the power this has to transform their lives and spur them on to bigger and better things. Happy 18th Birthday Jack Petchey Foundation and many happy returns, our world needs organisations like you!”

Graham Norton said “Congratulations to the Jack Petchey Foundation on 18 years of celebrating and supporting young people.  I have seen, through my involvement with the Glee Club Challenge, what an impact this work has had and, on behalf of all the young people you have helped, thank you!”

Having invested £118m to support young people in both arts and academic pursuits, it has also motivated hundreds of thousands to take up opportunities and most importantly given them the confidence to believe they have a skill, talent or attribute of value – including my daughter who won an award three years ago. That’s priceless!