Board member Barbara Staines reflects on 21 years at the Foundation 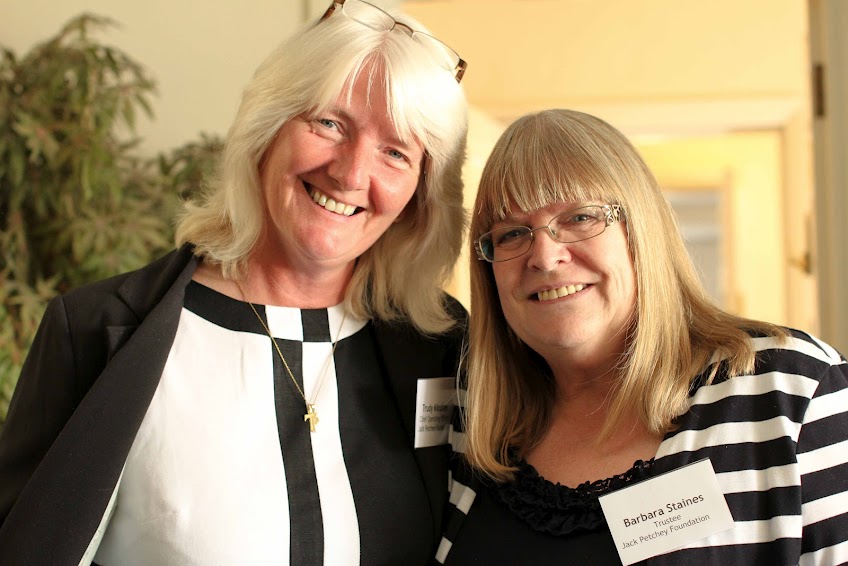 Life changed for me in 1980.  Having two small children, I was finding it difficult to juggle their school life, after-school care and the journeys to central London where I worked in a demanding job at IBM. So I decided to seek employment more locally, and soon answered an advertisement for a personal secretary to Jack Petchey in a small office a 5 minute walk from home.  “Petchey” was a household name in Newham, there being Petchey Car Hire at East Ham Station and Petchey Car Sales sites in the borough as well.  You only had to pick up a local newspaper to see pages of advertisements with the well known Petchey logo on them.

I was interviewed by the Accountant of the company and was advised that Jack Petchey was a hard task-master and a perfectionist.  Great!  Someone after my own heart!  However, it was nothing short of a miracle that I kept the job – within the first week I had managed to send off several hundred letters with zero postage on the franking slips (they were all returned by the Post Office), and I also managed to erase the first dictation tape that had taken some hours to prepare and had to be re-dictated for me to transcribe!

I soon learned that one of Jack Petchey’s goals was to “give back to society” and one of my duties was to raise funds. I realized that it wasn’t easy to persuade people to part with their hard earned cash!  I’m sure a lot of people suddenly remembered urgent appointments or were “out” whenever I called!  We ran several charity fundraising activities in aid of local good causes, and never missed an opportunity to raise money, mainly at the yearly parties held for Jack Petchey’s birthdays – great fun as we incorporated fancy dress, and trips down the River Thames, with mini casinos with the winnings being donated to good causes.  Nights at the Walthamstow Dogs Stadium were a great way of raising money, having persuaded celebrities to circulate round the crowds with donation buckets!  All this may seem like “small change” now, but every penny donated helped someone in need. 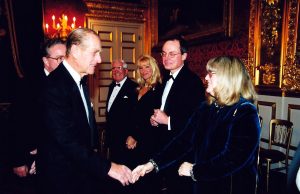 Jack’s family had always been accustomed to his 50/50 philosophy, and he used the same way of giving – encouraging the charities to fund-raise a certain amount, and then he would donate an equal amount.  It worked a treat.

Jack always maintained that there was so much good in young people – they just needed people to believe in them, or opportunities to shine.  They needed youth clubs, sports clubs, dozens of different interests to be catered for from acting to public speaking.  Jack also believed that young people needed mentors – similar to the people he looked up to when he was a boy growing up in East London who gave him sound business advice.  He was determined that his experience would help keep young people off the streets and be given a good start in life.  Jack’s donations continued to grow, as did the number of clubs, schools and organisations that participated in the schemes.

So twenty one years ago the Jack Petchey Foundation was born and a Board of Trustees were appointed to ensure that the work could grow and spread and that the core ideals were never forgotten.  It was a testament to many, many loyal staff whose hard work and dedication has ensured that thousands of teenagers and young adults have benefited from the Jack Petchey Achievement Awards, Leader Awards and myriad volunteering schemes, to name but a few of Jack’s innovative concepts that have helped young people reach their full potential.  I am certain that hundreds of lives have been enriched by the assistance given by the Jack Petchey Foundation, and this will continue long into the future.

I have watched the Foundation grow into a wonderful organization with the young people of London & Essex at its heart, but now realise that having long reached retirement age, now is the time for someone with more youthful ideas and energy to take my place on the Board.  I shall, of course, watch the Foundation grow with interest and wish everyone who works there – and its Founder, Sir Jack, a fond farewell. His catchphrase is “If you think  you can, you can”.  Well he thought he could, and he did!  He is an inspiration to us all and he taught me a lot!

If you would like to read more about Barbara’s time working with Sir Jack you can read her full farewell letter here, and don’t forget you can find out more about Sir Jack’s life in his 50/50 book online free here.