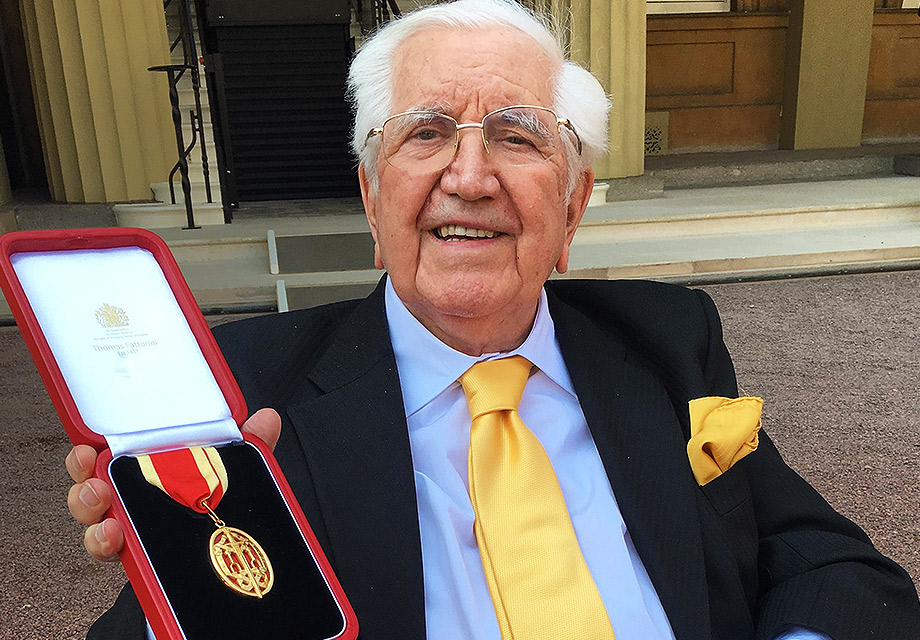 Sir Jack Petchey set up the Jack Petchey Foundation to inspire young people across London and Essex to work hard and reach their full potential.

Sir Jack is an incredible inspiration to everyone who works at the Foundation. At 95, not only does he come to the office every day, but he does so with positivity and determination to work hard.

He was born into a working class family in the East End in 1925, left school at 13 and then joined the Navy in 1943. After leaving the Navy, he began working as a clerk for a solicitor’s firm. He applied for management training but was told he would never make a businessman.

Sir Jack always says:
If you think you can, you can!

Instead of giving up, Sir Jack used the £39 he was given from the Navy to buy a second hand car and started a taxi business. Through hard work, he proved them wrong and built a multi-million-pound empire.

Sir Jack’s experiences led to his passion to increase young peoples’ aspirations by rewarding their achievements.

In 2016, Sir Jack received his knighthood in recognition of his many years of charitable work.

If you would like to find out more about Sir Jack, order his autobiography ‘The 50/50 Man’, which is also available as a free PDF.