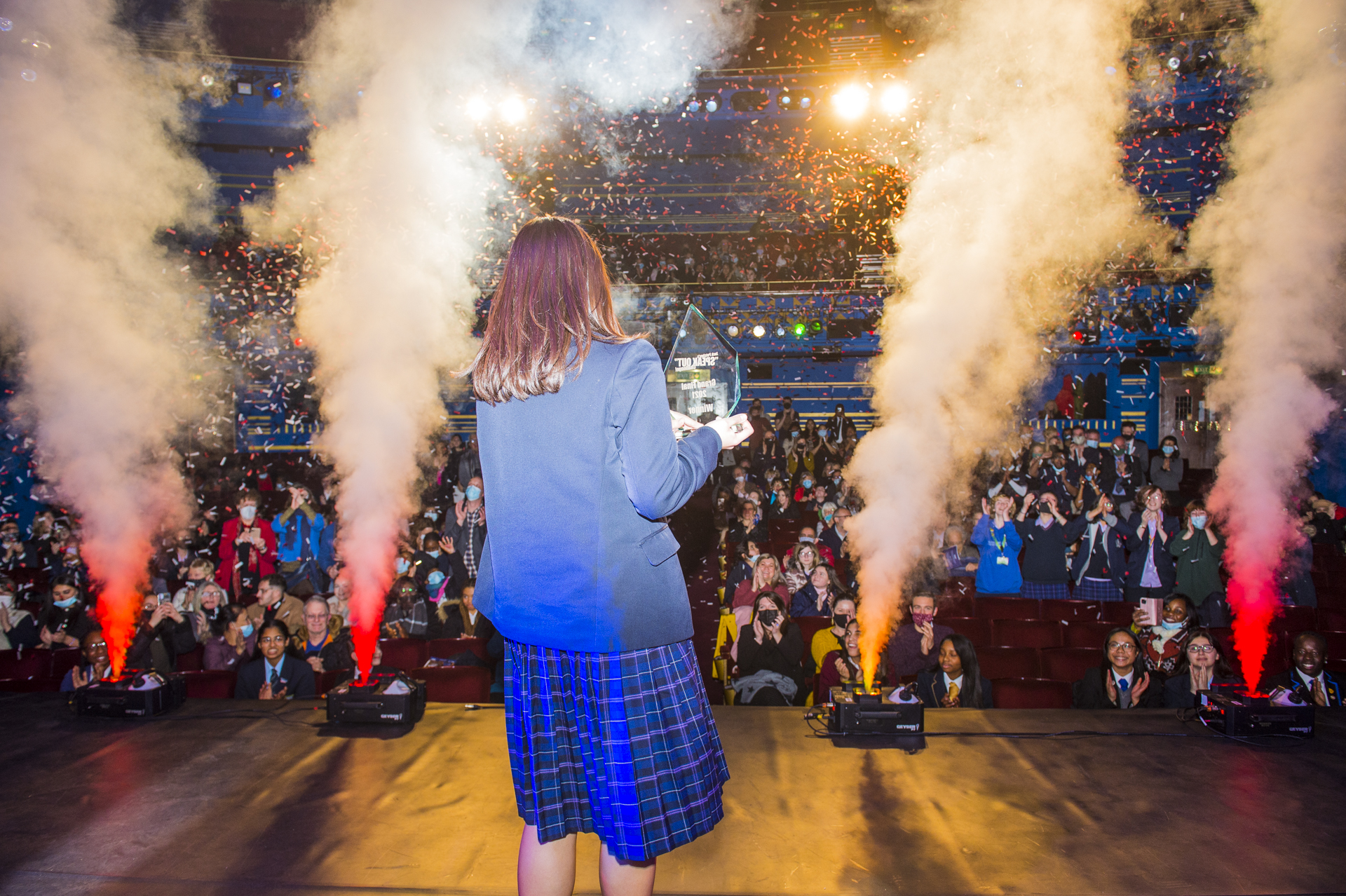 We had a fantastic return to the stage on Monday night for the Jack Petchey Speak Out Challenge! Grand Final 2021, where Mayumi Staunton from Chelmsford County High School for Girls was crowned our 2021 Speak Out Champion!

Taking place in the Cambridge Theatre, the event saw 15 fantastic finalists take to the stage to perform their own uplifting speeches on topics that mattered to them. 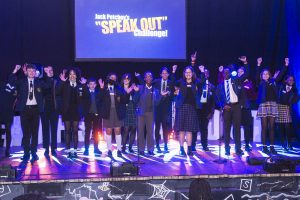 From smiling to organ donation to being deaf to resilience, speeches spanned a wide variety of discussions and styles, with each young speaker bringing their own flare and style to their uplifting speech.

This year, Jack Petchey’s Speak Out Challenge has trained over 9,000 young people in the art of public speaking to develop their confidence, empathy and aspirations. The competition element of the challenge – which runs all the way from finals set in schools to regional finals to our Grand Final – ensures that the young people involved know that their voices are heard and that what they say matters.

Mayumi, our 2021 Champion, performed a speech entitled “sorry not sorry” about how we should all unlearn our urge to over-apologise. 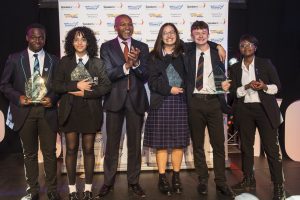 Runners up included Samanta de Almeida Germano speaking on the role of the fool in second place, Solomon Sankoh on working on yourself in third, and Conall Wainwright with a speech about dyslexia in fourth. 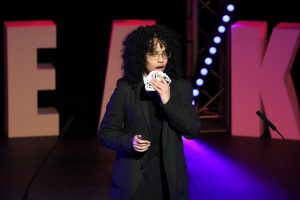 Chief judge, Martin Forde QC, spoke passionately at the event about how impressed he was with the speakers that night and how he himself had been inspired at school by a passionate English teacher who encouraged him to engage in debating, leading him to his career today.

Martin said: “The construction of speeches was superb, the pace of delivery was outstanding, the jokes were very funny, I’ve been blown away by the standard!  These young people represent our future and it’s incredibly important that they continue to be supported.  They spoke with passion and they moved people with the hurt they expressed.  They should all be immensely proud of themselves.” 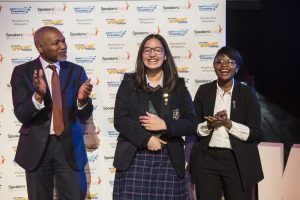 Sir Jack Petchey CBE, founder of the Jack Petchey Foundation and Jack Petchey’s “Speak Out” Challenge!, said: “It’s so important for us to give young people a platform to use their voice and for it to be heard. The Jack Petchey’s Speak Out Challenge Grand Final is all about just that – a special occasion for the young speakers to give it their all and feel proud of themselves. I am so proud of each and every one of those young people for standing up and speaking out, especially in front of a theatre full of people- they have more courage than I have!”

Also performing on the night was Scarlett Brothers, singing ‘If Only You Would Listen’ from London School of Rock the Musical and Tanushree Nag, winner of Jack Petchey’s Anthem competition performing her winning original track ‘Pave The Way’. This was the first time Tanushree had performed live since the lockdown and the largest ever venue she had played! Click here to listen to Tanushree’s Track.

This academic year (2021-2022) the Jack Petchey “Speak Out” Challenge! has expanded to offer free public speaking training to even more Year 10 students! We will be funding training for 11,000 more young people in this academic year, to find out more and sign up your school click here.