We love it when young people contact us and want to write about something they are interested in. Sienna is a current member of the Achiever’s Network, and she reached out to us to discuss Impostor Syndrome and what it can mean for young people today.

What is Imposter Syndrome?

Imposter Syndrome is defined as a person’s ‘persistent inability to believe that one’s success is deserved or has been legitimately achieved as a result of one’s own efforts or skills’. Evidence shows that approximately 70% of people have suffered from Imposter Syndrome at least once in their lives, myself included. This leads me to wonder, what causes it? What enables us to doubt ourselves and undermine our own successes?

I personally started to recognise my own symptoms of Imposter Syndrome when I started Secondary School. The academic pressures of success and good results generated a whirlpool of self-doubt and a complete underestimation of my own abilities. Everything I achieved,
somehow, was due to anything else except my own hard-work and I instantly predicted failure when an exam or test was to come up. The spiral of negative thoughts was harsh and continuous and I remember constantly wondering when I would start to take responsibility for
my own triumphs. The cycle of hesitancy in my head made me feel isolated and alone. It wasn’t until I spoke to a professional that I realised that I was not the only one feeling this way and that Imposter Syndrome had been a common experience for decades.

A psychological research project from the 1970s conducted by Professor Pauline Rose Clance and her colleague Suzanne Imes revealed that Imposter Syndrome is partial to ambitious and successful women. Clance would notice the overwhelming insecurities her students felt towards their work, particularly her female students despite them having perfect track records. In a society where men were the dominant gender and women were still expected to solely fulfil domestic tasks in the household, it was apparent that women still felt undeserving of their academic and occupational success, causing them to doubt themselves and their progress.

However, this was in the 70s. So arguably, this issue should be close to eradicated in the 21st century? Research suggests that despite a significant shift in time, 6 in 10 women still underestimate their own abilities due to issues such as workplace inequalities and the gender
pay gap, which are two very prevalent issues in society today.

Whilst Imposter Syndrome affects women, scientists share that it could be just as, if not more, problematic for men. Instead, it is shown that men merely suffer in silence and struggle to voice their concerns in comparison to women, who have proved to be more comfortable expressing their feelings. The stigma surrounding men communicating their emotions is not new and has dated back centuries. This is once again fuelled by stereotypes of men being strong providers and not being allowed to communicate how they’re feeling in fear of falling short of societal expectations. Evidence shows that in response to the way they are feeling, men tend to experience an increase in anxiety due to the constant infatuation with being ‘found out’ and choose to cap their abilities to make it seem as though they are failing purposefully or as an excuse for poor performance. 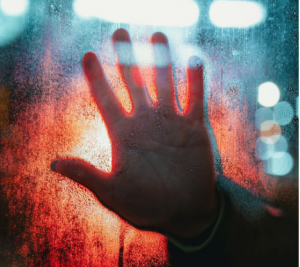 So, what can be done to combat Imposter Syndrome?

Psychologists say the only way to stop feeling like an impostor is to stop thinking like an imposter. One way to do this is to develop a new way to respond to failure. Changing my mindset helped me massively with my struggle with Imposter Syndrome. I found it a lot more freeing to recognise my mistake, learn from it, and move on instead of beating myself up for making a human error.

Another way to overcome Imposter Syndrome is to visualise success. Take some time beforehand to picture yourself being successful and work towards that image. Reward yourself. Instead of seeking approval from others when you do something right, take some time to congratulate yourself. Most importantly, talk to others! It may feel embarrassing or shameful to express how your feelings to a peer or a professional but confessing that you’re struggling can help you feel free and really take some weight off of your shoulders.

And as Sir Jack Petchey’s infamous mantra says ‘If You Think You Can, You Can!’.

Do you have a topic you want to discuss? Are you interested in featuring on our website? Email pr@petchey.co.uk today with the subject Blog Post and a little bit about yourself. We always want more young people’s voices on our channels!