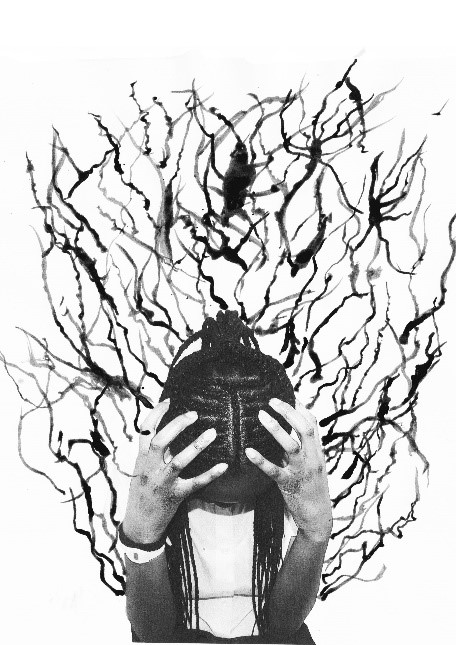 This is the first of a series of blog posts written by this year’s Achiever’s Network cohort (2019/2020), in which they will talk about subjects they’re both passionate about, and that are prevalent for young people today.

Mental health is a complex and confusing issue with no two cases ever being the same and no two people ever feeling the same. So, what is it and why does it affect around one in seven people globally? The brain is an organ that pushes your body to ensure in any circumstances, death is avoided. When you hold your breath for as long as possible your body will force you to breathe, and when there are foreign cells in you, your body raises its temperature to a point where it can barely function just to kill off an infection. These are examples of your body willing to do absolutely anything to allow you to survive in any way shape or form. However, the brain in the case of those affected by mental health issues is specifically the organ that is causing people to want to end their lives. 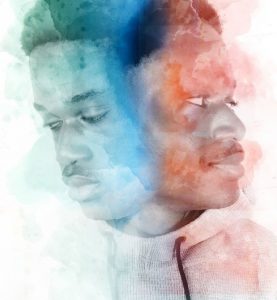 I had a photography project in school, so I decided to focus my efforts on mental illness and how it affects people. My assignment was to choose six artists whose work I liked and connected with, and to study them and create artwork that fitted in with my theme based on their work. I set about searching for artists I felt would be able to allow me to visualise different mental health disorders which could in turn help people understand them. One of the reasons I believe mental health is so easily overlooked is there is hardly ever any outward symptoms, so my main aim was to bring the torment and pain from the inside to out.

My first artist was Sishir Bommakanti and I worked on bipolar disorder which is a mental health condition that affects your mood which can swing from one extreme to the next. When it came to this piece of artwork the idea was simple. In the turn of a head there’s a noticeable change in mood. It is drastic and quick. I then worked on other conditions and with the help of friends who had first-hand experience and some of my own I set about dealing with artwork conveying depression. I was inspired by artists such as Edward Honaker and Christian Sampson whose ‘dark’ photography really connected with me. 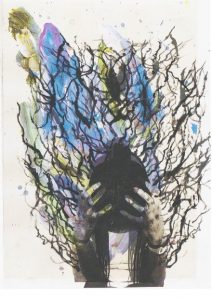 By making artwork like theirs I could take a step back and understand in a much clearer way what a physical representation of torment is. I asked a friend of mine to pose as if he was stressed beyond belief and then painted over the surroundings as almost suffocated and covered in pain and darkness. These are just a few of the things that a person suffering from a mental illness might go through. When I decided to focus my project on mental health, I assumed it would be much easier than it was; I figured I could photograph some people looking sad or angry and just print out black and white pictures and be done. This was not the case, there were so many different emotions one piece could convey and so many different interpretations of said pieces. I wanted to show how some people who have mental illnesses are not constantly crying or in pain. There are days when they can function as if everything is fine and days when even the thought of getting out of bed is too much. 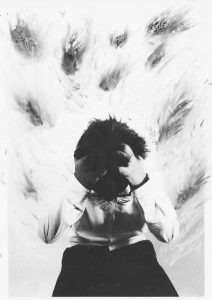 After working on this project for about half a year I have come to a conclusion which I don’t believe will shock anybody. Mental health and illness are a confusing and sometimes downright difficult topic to wrap your head around. However, when we decide to learn more about what other people go through and create meaningful ways for people to learn, we begin to see how millions of people live their lives. We start to bridge those gaps and create a future where mental illness is regarded as just as important as illnesses we can see.