We love hearing from former Achievement Award winners about how being recognised has inspired and motivated them to take on new challenges, and find new ways to give back to others. We reached out to Marian Adejokun to hear about her journey from an Achievement Award Winner and how it inspired her to become a Founder of her very own charity for young people!

Hi, my name is Marian Adejokun, I am the founder of ReachOut2All CIC Youth Organization!

I won the Jack Petchey Achievement Award in 2011. It seems like yesterday, I remember starting college at South Thames Merton, and my teacher was talking to us about the impactful work the Jack Petchey Foundation  does with and for young people… I still remember to this day saying to myself “I wish I could win the Jack Petchey Award” – little did I know I would be an award winner.

This award means a lot to me, despite all I went through last year (I had Steven Johnson Syndrome), being in a coma for a month, and learning how to walk, talk, and eat, I was being recognised for my efforts – it was an unforgettable journey. 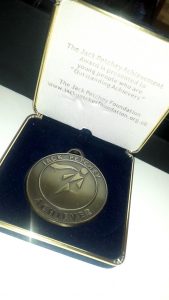 I used the Achievement Award grant to take my teachers and classmates out to a meal to eat and socialize as we were all preparing to go to university. I wanted to acknowledge them all and show them how grateful I was for this award.

I believe this award has shown how hard work, determination, and focus can take you far in life. Moreso, this award is dedicated to the young people to never give up, believe in themselves, follow their dreams, and know that their voice matters. 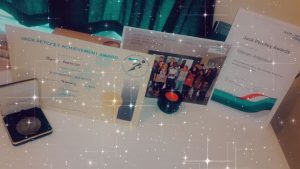 I have continued my work with young people by starting my own youth organization “ReachOut2All CIC”.  We amplify young people’s voices through mentoring, workshops, youth events, field trips and training programmes, all led by young people for young people.

You always hear “the future generation is tomorrow” but I believe the future generation is today – young people would like to be heard and feel valued today because they are the ones that face so many different challenges daily basis. They should be given the opportunities to be heard and implement their desires for what they would like to see in the world they live in. 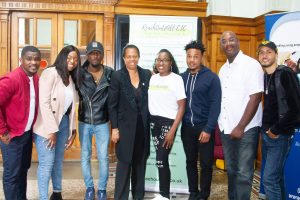 Thank you Marian for sharing your journey from an Achievement Award winner to Judging for our Jack Petchey’s Speak Out” Challenge! to a founder of your own charity for young people! Make sure to follow ReachOut2All CIC on their socials and visit their website at www.reachout2all.co.uk

Are you a former Achievement Award winner, or an alumni of one of our partnership programmes? Get in touch! We’d love to hear and share your story. Email pr@jackpetchey.org.uk today!