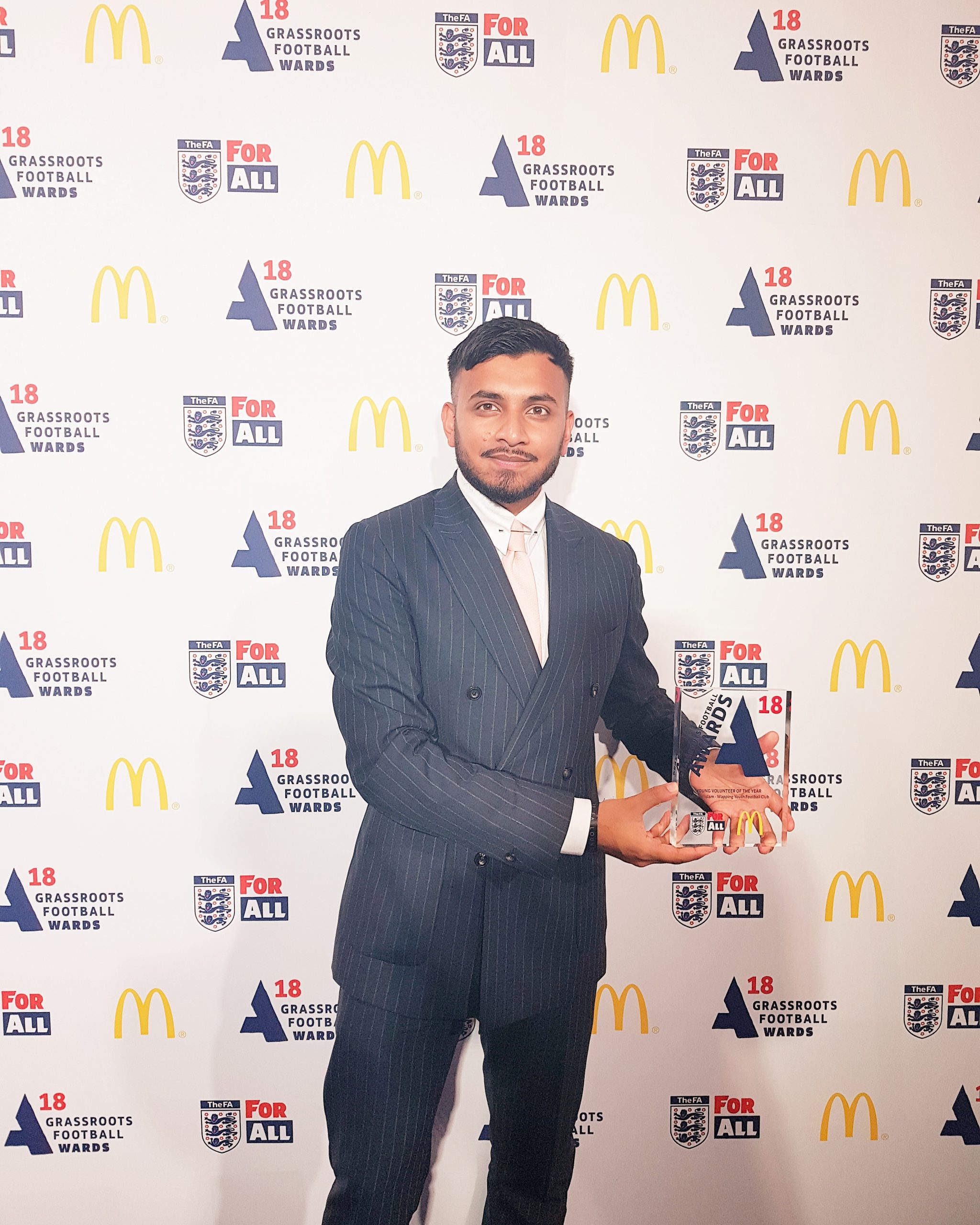 This ‘Today’s Role Models’ feature is about Nahimul Islam, who won his Jack Petchey Achievement Award in 2011. Since then, he’s been elected as the Young Mayor of Tower Hamlets, Member of UK Youth Parliament and had a seat on the British Youth Council. He has set up his own football club for young people; Wapping Youth FC, as well as the AIP Group which helps young people set up their own business ventures!

I was 15 at the time of achieving the Jack Petchey Achievement Award from Wapping Youth Centre for my services towards young people in Tower Hamlets. At the age of 15 I was elected as the Young Mayor of Tower Hamlets, elected Member of UK Youth Parliament and had a seat on the British Youth Council. I then went on to be part of the 2012 Olympic Youth Legacy board and was chosen as one of the few Olympic torch bearers. I had carried out anti-knife crime projects, community cohesion events and was representing young people nationally across Europe.

Winning the award was a great feeling as it was the first ever award I won. It made me feel appreciated, but more importantly it motivated me to go out there and do more. After winning the award I found out more about Sir Jack Petchey and I was really inspired by his story. I wanted to go out there and do the same. In Wapping, Sir Jack was seen a celebrity. Growing up I used to spend a lot of time at the youth centre, and the centre was passed by Sir Jack on his way home daily. We used to spot his car, and he would always beep and wave at us, almost to say keep up the good work. For me growing up he was a role model and winning the award made me realise the importance of always giving back to the community.

I currently work as a Performance, Data and Efficiency Analyst for the London Borough of Tower Hamlets. But outside of work is where I believe my real job lies, and that is the community work! At the age of 18 I set up my own football club, Wapping Youth FC which is my way of bridging the gap between grassroots and professional football. We have worked with many professional clubs and have partnerships with some world class teams. Other than football I have also set up my own social enterprise, AIP Group, which helps young people set up their own business ventures and we provide all the support they need. We are trying to create a moment to showcase that “Anything Is Possible!”. The community work has lead me to win the Tower Hamlets Civic Award, FA National Volunteer of the Year and awards from the Mayor of London’s office. 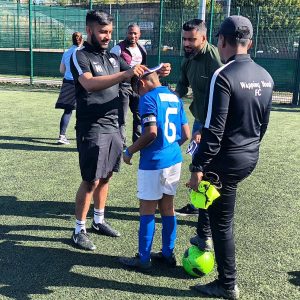 What made you get into politics?

I have always been passionate about making a difference and making a change to peoples lives. Growing up I was always after the highest paid job. But being the Young Mayor made me realise that making a change to peoples lives is invaluable. Honestly, it is worth more than any financial amount. I read Sir Jack Petchey’s book and that definitely played a huge part in me being involved in community work. We live in a time where there are lack of role models in the community and we have to take it in our hands to look after each other. Growing up I saw many people complain or ask for change but no one was ready to go out there and make the change themselves. I decided I was going to be the change. In terms of football, I always wanted to be a footballer but was never good enough. Rather than giving up, running a football club is my way of living my dream through other young people.

No aspiration is too big! I was always optimistic and always had people try burst my bubble. I faced many hurdles along the way but you have to be strong and you have to find a way to always turn any negative energy in to positive. Be who you want to be and nothing can stop you. Have big aspirations but remember there’s no rush. We will all reach success in our own time. 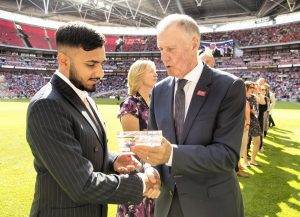 Nahimul winning one of his many awards for community work

My advice to any young person would be to keep working hard and do what you enjoy. Chase happiness over financial gains. Often success is associated with money but success should be associated with impact. Do you want a role behind a computer where you make no difference to peoples lives or a role where you can create a legacy and change someone’s life? Try to volunteer as much as you can – you are never too old to volunteer! I’m 24 and I am still volunteering  plenty of hours weekly. Lastly, keep like-minded people around you always.

Lack of role models and inspiration. I believe this is the root problem and growing up I realised there aren’t many community people that young people can look up to. And if there are role models, they are often shadowed by negative news. We need to all work together to empower, showcase and bring to the forefront all the great work people in our community do. This is why I love the Jack Petchey Foundation Achievement Award scheme, everyone can win an award and showcase their hard work. My organisation is now a member of the Achievement Award scheme! Let’s create a cohesive community, a huge family, and you will see all problems be solved.

I am always working hard to achieve my life goals. But I aim to stand for an elected position very soon, perhaps as a councillor to start with. I am always looking to be in positions of influence and show the world that us young people can do anything! but if you do see me running for an election make sure to vote for me! Overall, I will continue to grow my organisations, aim to be a semi-professional football club one day and ensue AIP Group is an international brand. Will always work towards making everyone believe that….’Anything Is Possible!’